February is almost over. Thank GOD, right? I’m ready for the sun to come out and for longer days and for styles to change. Speaking of transforming style, this leads me into the conversation of fashion’s revolution. In dedication of Black History Month, I’d like to share with you my top 12 African American fashion icons that many don’t know about. These women have broke down barriers and created names for themselves in a time of blatant racism.

Let’s start off with one of my absolute favorites: Dorothy Dandridge! 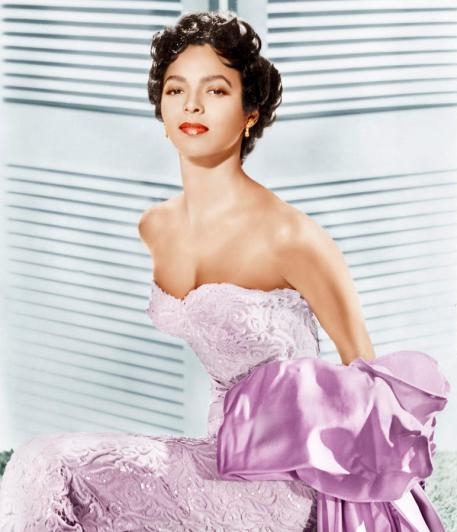 She was THE actress of Black Hollywood. Dandridge was the first African American woman to be nominated for an academy award, after all! Her short, curly mane, off the shoulder outfits and perfectly tailored dresses is what she established into the fashion industry. Her outfits were always so tempting, but classy at the same time.  She began “poppin” her collar way before we all did! Dorothy Dandridge was the epitome of glamour. Like seriously.

In the 40’s, Valdez opened her own shop and started signing pieces for the main African American woman or the time. She also created gowns for Dorothy! Her designs were composed of form fitting pantsuits and dresses.  She actually created the bunny suits for Hugh Hefner. True stuff, guys.

Say hello to your first black cover girl! Donyale Luna was a natural in still and motion cameras. In the 60’s, she was on the cover of Harper’s Bazaar and the first on British Vogue.  She appeared in several films such as the Andy Warhol movies. The Times creatively declared  1966 as “The Luna Year”.

Sims and Luna share the name of being the 1st black supermodel. However, Sims is mostly accredited with being the first dark skinned model that the industry accepted. In 1967, her face became the muse for a movement that taught dark skinned women to treasure their distinct beauty. We all know the movement as “Black is Beautiful”. Sims was a model, writer and businesswoman. She covered Cosmopolitan, Time and McCall’s and was the first to be on the cover of Life. Naomi Sims was offered the role of Cleopatra Jones but turned it down because of it’s stereotypical portrayal of Blacks. 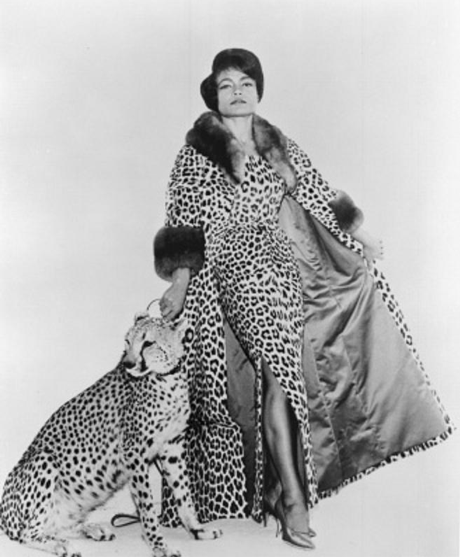 A fierce actress; she became an icon in her Catwoman role.  From then on, she would wear prints and anything feline! Her love for exotic skins is what further make her mark in the industry.  Oh, by the way, she’s the one that sings “Santa Baby”! 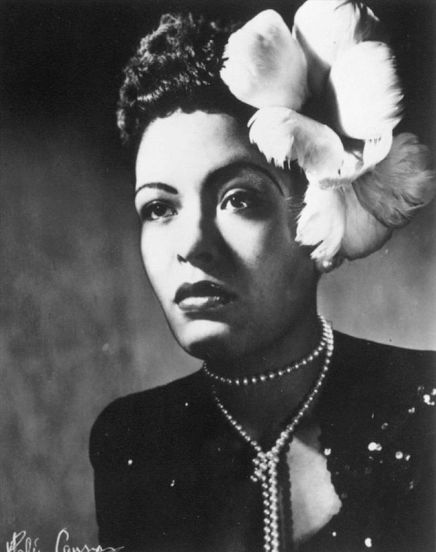 A jazz singer that I did my very first Black History project on! The beauty is considered a fashion icon due to her dazzling dresses but particularly because of her signature white gardenia in her hair. I would show you pictures of me from middle school with a different color flower in my hair for every outfit color outfit I wore, BUT I think I’ll refrain 😉

This spontaneous entertainer always had people on their toes. She was known for flamboyant jewelry and even more outrageous pieces when it came to her dresses and dance costumes. She is mostly remembered for her banana costume. The look was recently interpreted in Prada’s 2011 collection.

Horne was a style icon because of her effortless class. She looked elegant in literally every single piece that she wore. Her signature was the one-shoulder gown. Horne was a dancer and singer that eventually made her way to Broadway! (Had a one-woman show!) Though she was deeply into the arts, Horne also played a role in politics.

A model turned singer turned actress. She got her big break with Dorothy Dandridge in “Carmen Jones”. She reached stardom in “Julia” which was the 1st non-stereotypical role for a Black woman. She later received a Golden Globe for her role. Carroll could usually be seen in shoulder pads, pointed heels, and fabulous pants suits.

Diana Ross was in her supreme of her career in the 60’s 😉 The lead singer donned doll-like lashes, huge beehive hairdos and embellished costumes, emphasizing the look of Motown. When she went solo, her hair got bigger and so did jewelry! Her curly mane added to her extravagance.

She was the 1st significant African American hat maker. Her “fine” hats were unveiled (see what I did there?) in 1939 at the World’s Fair. She made hats for a lot of well-known actresses and her creations even got featured in Gone with the Wind! Hollywood loved her.

This woman is considered to be America’s very first black fashion designer!  She worked very hard but barely got any credit. Her successes were acknowledged more when she started her own shop on Sak’s Fifth Avenue. Her crafts are now collected in The Smithsonian, the Black Fashion Museum, and The Metropolitan Museum of Art.

There you have it people: my top 12 historic black women that made an impact in the fashion industry.

If you would like to learn more, here are the sources I used for research!